Petitions filed by the Union of India (GST Department) and others in the Supreme Court show a potential liability of over 2000 cr on Dream11 for tax fraud and sports betting.

Dream11, India’s largest fantasy app, may land in fresh soup when it’s case comes up for hearing in the High Court of Bombay and Supreme Court. In its petition, the Union of India has alleged a potential tax liability on the fantasy player of over 2000 crores. The petition goes on to state that Dream11 has been running activities similar to gambling and sports betting on its platform since 2012 and paying a much lower rate of tax than it ought to. According to the Petition, the GST Department says that the fantasy giant misused judicial processes in the High Courts as the petitioners themselves might have colluded with Dream11 and had links to them. Links, sources say they can prove in Court if given the opportunity. They also point out anomalies in the proceedings at the Bombay High Court earlier this year, when the Court passed orders in favour of Dream11 without giving the Department adequate opportunity of being heard. They were given zero working days to respond says the Department in its petition.

Letters attached to the petition by the Union of India contain representations by Dream11 Co Founder Bhavit Seth as stating that revenue information after 2017 is unavailable with the company and can only be accessed from third party vendors. However, despite repeated requests by the GST Department, the details of said vendor was not disclosed to the GST Department as evidenced by the letters. Instead, Mr. Seth refers to representations to the GST Council by the Indian Federation of Sports Gaming (IFSG).

The IFSG website, which displays Dream11 as the sole ‘founding member’, describes itself as a section 8 company set up for the purpose of self-regulation and promotion of best practices in Sports Gaming services and contests offered in India. It is known that the Indian Federation of Sports Gaming (IFSG), an industry body, representing about 26 gaming companies, like Mumbai-based Dream11, Fantain, My11Circle and FanFight, among others has reached out to the Ministry of Finance and the GST committee for clarity on the issue. However, the body suffers from legitimacy questions as was evidenced by Starpick CEO, Trigam Mukerjee’s comment that IFSG is “not conducive to innovation” in April 2019, when Starpick, a competitor of Dream 11, withdrew from the IFSG. Further, it seems the IFSG does not have representation from other major fantasy players in India, including Hala Play, the fantasy company recently named in popular Amazon Prime show “Inside Edge”.

These cases have been redirected back to the Bombay High Court by the Supreme Court for final hearing and disposal. Recently, Pooja Rajendra Pandey, an advocate based out of Bombay, filed a PIL against Dream11 in the Bombay High Court. The details of the petition are attached. Interestingly, the Pooja Pandey petition alleges that the ‘third party vendor’ referred to above does not exist and instead Dream11issues these invoices in its own name. These invoices can be seen in annexure to the Pooja Pandey Petition. Effectively then, the Dream11 co-founder Mr Bhavit Seth lied in his letters to the GST dept, lies which were the basis of Dream11’s case being redirected to the High Court in Bombay by the Supreme Court. These invoices are relevant because, Dream11’s entire argument against tax evasion has been based on its assertion that being a ‘game of skill’, Dream11 does not consider the bet amounts placed by users as revenue. It seems that assertion is wrong.

The Dream11 cases are set to come up for mentioning in the Supreme Court again on 31st January as the Gurdeep Singh Sachar has filed for a modification of the earlier order and allow him to argue on the Sports Betting aspect and it remains to be seen if the Court would take a lenient view in light of this new information. 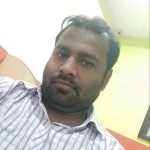